David was a young shepherd, who was well known for being a musician. He would later become one of the greatest men in history by defeating the enemy champion Goliath.

Throughout the Bible, King David is considered to be the greatest and most ideal king that Israel has ever had. He is often presented as a prefiguration of Jesus Christ, especially in His function as king of the Jews and later on as king of all people. Jesus, who was a descendant of King David both through His mother Mary and through His father Joseph, often called Himself the son of David.In the entire Scriptures, King David is mentioned 1135 times.

Who was King David? The origins of a great man who would later become one of the greatest Kings in History!

David was not only a great king, but also an excellent commander-in-chief and statesman. In the religious field, he often had contact with Himself and His angels. In addition, God made a covenant with him. He told him that he would produce a dynasty of kings that would never come to an end and that would play a vital part in God’s great plan of salvation of the world. In this sense, David was a great prophet as well. David was also a gifted musician and a great poet. Of the 150 psalms which are to be found in the Bible book with the same name, 73 have a caption saying that David is the author. But it is generally accepted that more of the psalms were written by David.

David had absolute faith in his God JHWH, notwithstanding the severe sin which he committed and which is described very openly and frankly in the Bible. Besides all these, he was also a restless fighter for the interests of his people.

The announcement of a foreseen victory!

But to get a really sharp view of David’s immense meaning for mankind’s history of salvation, we must focus on the role he plays in the great theme that runs throughout the Bible. This theme tells us how God sees to it that the damage which Satan, Adam, and Eve did to the realization of God’s intentions with the Earth and mankind will be repaired.

This continuous thread, which runs throughout the Bible, begins at the moment after the Fall when JHWH tells the rebels Satan, Adam, and Eve that He will see to it that in the far future, a seed will be born. This descendant of the human family will crush Satan in the head. There is no doubt about it that this means that Satan, as a person, will be destroyed. Moreover, all the damages that he has done to the earth and mankind will be done away with.

Many centuries later, JHWH gives us further information about this promised seed. He will be a descendant of Abraham, Isaac, and Jacob and be born within God’s people of Israel.

About 1050 B.C., JHWH elaborates on this theme by telling David that He will produce a dynasty of kings which will never come to an end.

In the following centuries, the great prophets Isaiah, Jeremiah, Ezekiel, and Daniel link the promise of the seed and God’s promise of David’s eternal dynasty together. It was made clear that the promised seed will be a descendant of King David and someone who has a right to David’s throne. This means that the promised seed who will crush Satan in the head will be a king in the genealogical line of King David and will be called David’s son. Eventually, this seed will be the king of all humans!

In regards to the genealogical line of King David and the dynasty produced by him, there was a descendant of David on the throne for about 500 years after his death. This dynasty came to an end in 607 B.C. when Jerusalem was destroyed by the Babylonians and the sons of the king of that time were killed before his eyes.

It seemed as if these events led to a situation that would make it impossible for God to keep His promise of an eternal dynasty which He had made to David. In 607 B.C., David’s genealogical line of kings was broken. From that year, no descendant of David sat on the throne of God’s people.

However, in the decades preceding and following that fatal year 607 B.C., JHWH made it clear to His people, via His prophets, that He would see to it that the seed that He had promised to mankind would not only do away with Satan’s work. This seed would also be a descendant of King David and would have a right to His throne. This means that in the future, JHWH would bring forth a descendant of King David who would sit on his throne and reign as king forever.

In Jesus Christ, the lines of God’s promise of a seed and of an eternal kingdom with a descendant of King David on the throne meet. Jesus Christ is both the promised seed who will crush Satan in the head. He is also the promised king who will sit on David’s throne forever.

In this context, remember the words spoken by the angel who announced to Mary that she would be the mother of the Messiah. Literally, the angel said to Mary

“JHWH will give your child the throne of David, His father.”

Furthermore, think of the words that Pilate had written in three languages at the top of the torture wood on which Jesus died. These were the words that let the people know the crime that led to Jesus’ execution. The words were: this is Jesus, the king of the Jews. 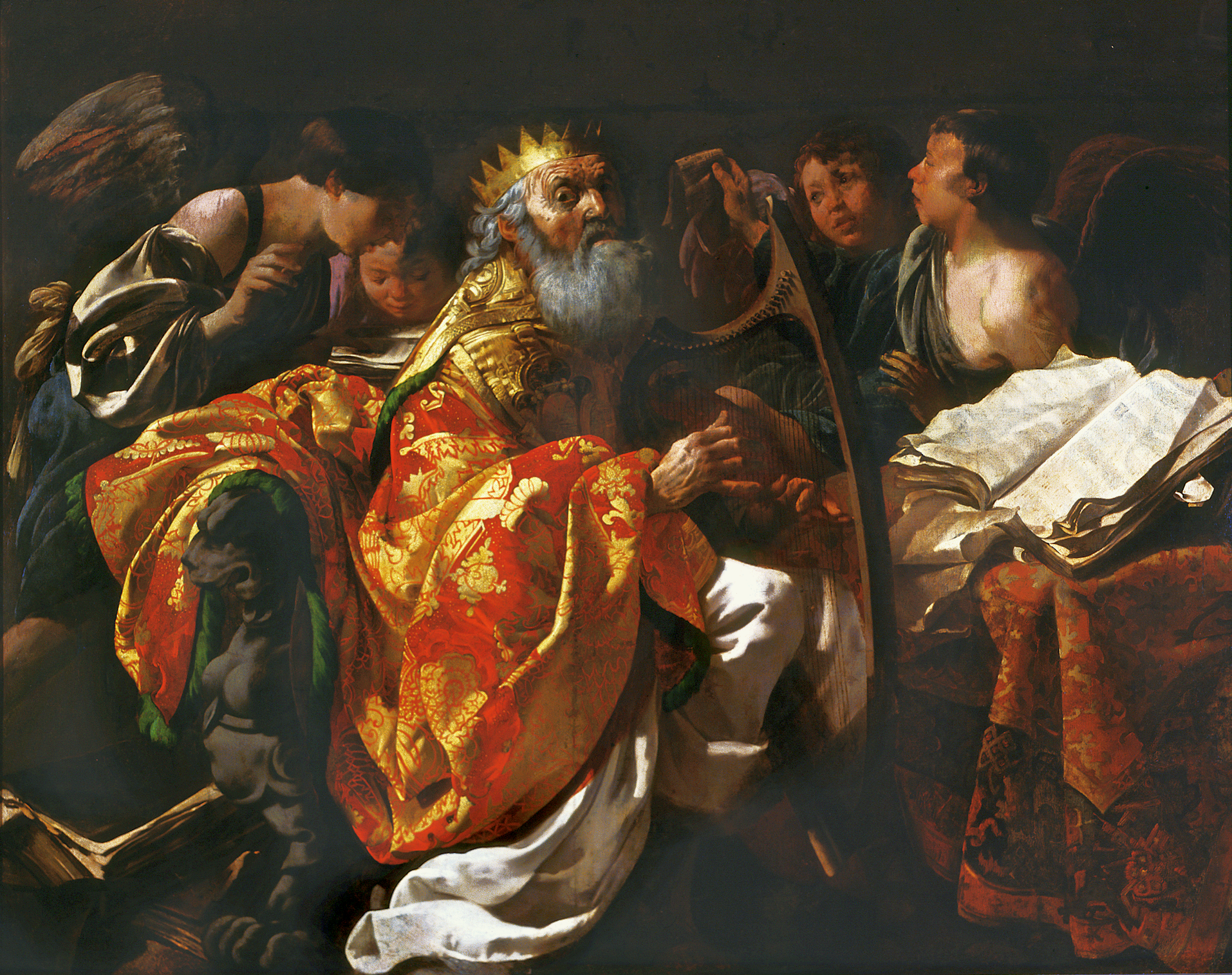 Article Name
King David! His tremendous Importance and contributions to History and mankind.
Description
Throughout the Bible, King David is considered as the greatest and most ideal king that Israel has ever had. He is often presented as a prefiguration of Jesus Christ, especially in His function as king of the Jews and later on as king of all people.
Author
Nrian Nill
Publisher Name
Jerusalem Christian Gift Shop
Publisher Logo